Every sector of Scotland’s economy faces immense challenges in keeping up with the scale and pace of change set by a disruptive mix of rapid technology innovation, heightened customer expectations, additional regulatory obligations and intense global competition. We connect and convene the tech community, nationally and internationally, to advance Scotland’s position as a leading global tech hub, for the common good. With the world’s highest density cluster of top ranked universities and research institutes, Scotland offers exceptional opportunities for business innovation, growth and access established and emerging markets. More overseas businesses chose to locate in Scotland than any other UK region outside London. The country boasts a highly talented and diverse workforce, producing 60% of the UK’s Data Science graduates at Masters level and employing more women in tech roles than any other country in Europe. High growth, sectors of excellence include: Space & Satellite, Quantum, Gaming, Personalised Medicine, eCommerce, Renewable Energy, FinTech and CyberSecurity

Tech Scotland Advocates (TSA) is a chapter of the Global Tech Advocate (GTA) community – the world’s largest grassroots network of senior tech leaders and practitioners. The founding Advocate community, which now has 6,000+ members, was established in 2013 to ensure an independent voice for the UK technology ecosystem was heard, with a strong focus on the private sector. The original Advocates championed London as as a global tech hub and continues to campaign to address some of the biggest challenges facing the tech sector – diversity, digital skills, immigration, infrastructure and access to funding.

The wider Advocate community in the UK has successfully campaigned for the introduction of a Chief Digital Officer for London, having digital jobs added to the Shortage Occupation List for the first time and are founding partners of London Tech Week – the largest festival of technology in Europe. 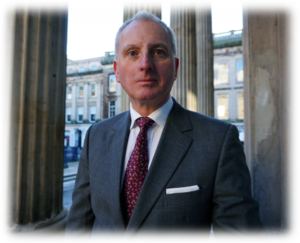 Garry is Chief Executive of Technology Leaders Limited, a growth platform for founder led scaleups. He has extensive experience in UK and international markets, including IPO and trade exits with technology enterprises. Garry creates high value business to business partnerships for entrepreneurs, scaleups and major institutions through connections to curated corporate and investor networks. He is a Fellow of the Institute of Directors, Advisory Board member at the Centre for Corporate Governance and Ethical Intelligence Associates, Freeman of the City of London and Co-Chair of the Pride in Business Network.